Is it Really News When Putin “Goes Missing”? 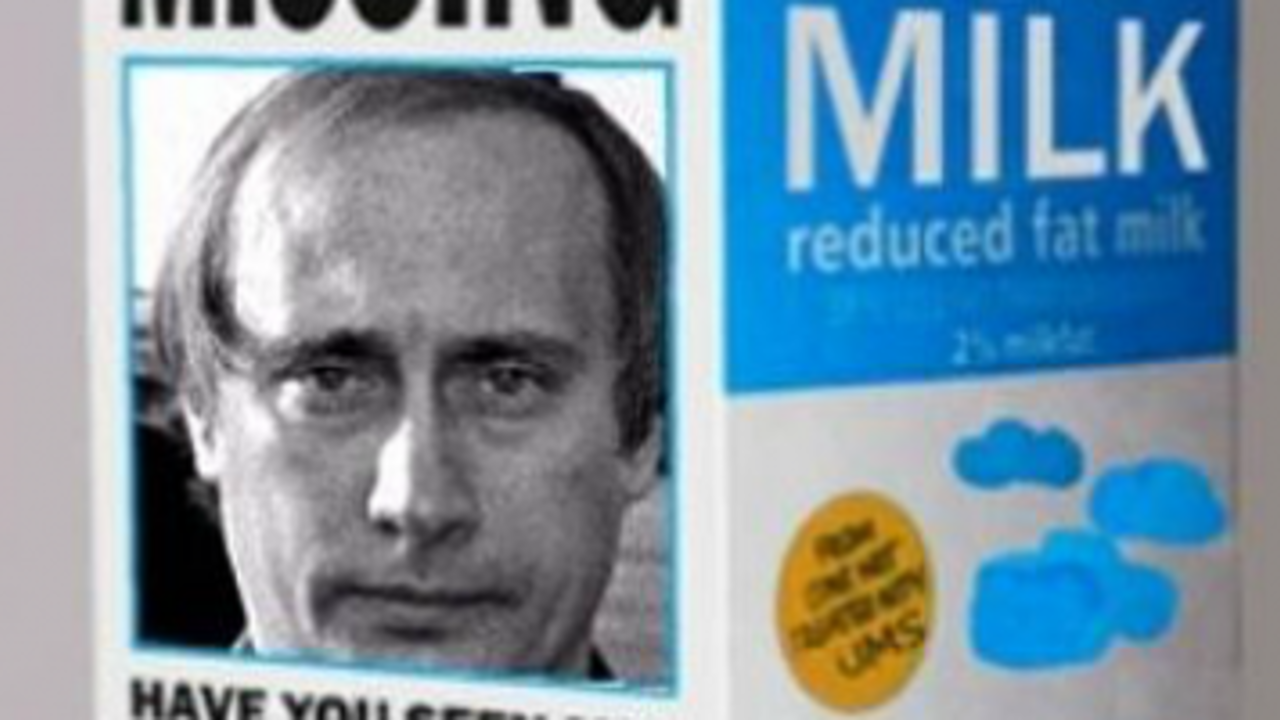 Yes, it really is actually news, but first let me explain a few things.

Oh, the fun that was had during the 10 or so days when it was “news” that Mr. Putin had not been seen in public for quite some time.  The memes on Twitter, the images that were photoshopped to mockingly reveal Mr. Putin at an event (some where in the world)…all amusing.  Oh, the fun it was to wonder as to the whereabouts of one of the world’s most powerful men. Let us be clear, at this time in history Russia is a medium power country, in terms of   economic, military, political, and state power.  Right now, Russia is a middle weight country with a heavyweight history.  It is this combo of heavyweight history in conjunction with a “Cold War” past and a media savvy leader that creates “news” when Mr. Putin is out of the spotlight.  That combo AND, also the times we are living in.  It is the times to be sure.  That is why his absence was actual news. And as the international media cycle ran with the story it was akin to watching hound dogs chase a rabbit.  Speculation ran from whether or not a coup had taken place inside the Kremlin all the way to Switzerland where Mr. Putin’s girlfriend “might” be with the Russian president’s new baby.  More speculation explored the leaders health and emotional well-being.  (Really? Mr. Putin has an emotional well-being to consider?)  Then other reporters suggested that Putin was absent due to a plastic surgery procedure after remarking how young the 62-yr.-old president looked after he resurfaced again on March 16, 2014. So are all of the fun & games in the media and throughout social media merely part of the 24/7 news cycle that generates stories even when there is no story?  No, there is some thing else underlying all of the speculation about Mr. Putins' whereabouts.  It is about  geo-political stability, both in regional terms as well as global.

An absent Putin would signal many things to other global leaders, none of which bring any comfort regarding several hotspots in the world today.

One of Mr. Putin’s demonstrations of power remains his influence; along with his ability to play the spoiler, as he did in Syria.  And while Mr. Putin is not always a productive player on the world stage, his disappearance would create a strategic vacuum filled with tension and uncertainty, leading to deeper geo-political instability. Geo-political instability? We could start with the most obvious, Ukraine ,where Russian support for the rebel forces has created a protracted conflict.  Then we can pivot to Syria, where Mr. Putin’s puppet-mastery skills are on display from time to time.  Or we can look to the Far East where China likes the buffer of Putin against the United States as it seeks to balance its own economic futures. The Chinese are the winners when there is tension between the U.S. and Russia.  Better to have the U.S. focused on Russia instead of looking at China   as it seeks to manage it’s own economic future. Russia also has ties with Iran.  Along with economic, military, and strategic agreements, the Russian-Iranian alliance is one that remains mutually beneficial as a means to vex the United States .  This relationship assures that a number of issues can be leveraged to counter the U.S. actions in many parts of the globe.   And while 2014 has very little in common with the old Cold War world, the Russian-Iranian alliance serves as a CHECK against the power of the U.S. in the Middle East. And then there is the matter of Russia as a permanent member of the U.N. Security Council.  This important role has allowed Putin and many other previous representatives for what was then the Soviet Union have used that position to block important resolutions.  Mr. Putin and his array of Russian representatives have enforced their views with respect to Syria and other matters in the Middle East, partly on principle, but more importantly based on geo-strategic strategy.

Europe is also playing a dicey game as Putin leverages Russia’s position in the  democracy wars that are sparking, not just in Ukraine, but in several countries adjacent to “Mother Russia”.  Europe is unable to flex any real muscle in the battle for “western values” because of its energy dependence on Russian hydrocarbon fuel.  EU sanctions may communicate displeasure to Mr. Putin for his actions in Crimea and Ukraine, but displeasure is about all they will communicate. Hanging in the shadows these days is the matter of ISIS/ISIL.  Even Russia would not want to see this terrorist group gain even more territory, more power.  It is not unthinkable for Russia to work with the United States on the issue of ISIS/ISIL, for a time if it becomes beneficial to defeating the radicalized terrorist organization.  Russian intelligence has access to many different sources than U.S. or western sources. There are dynamics at play in many regions of the world that make it essential to understand the positions of the powerful.  Vladimir Putin's presence has become the image, not just of the leadership of the Russian state, but also of a global player. Mr. Putin has capitalized on use of the media better than any other Russian leader in modern time.  He has merged his personality with that of the prestige and power of what it means to be Russian, authentically Russian, a nation defined by its history.  Putin outright rejects the pressures of other powerful leaders and nations, indicating that while Russia is under President Putin, there will be a uniquely Russian approach to a great number of problems in the world today.

While the Russian nation itself is weak, the president has cultivated a hearty presence which projects power and his absence will be noticed.   His absence was not earth shattering, because it ended after about 10 days, was news worthy.  Not just for the pundits, but for those concerned about global stability in a time of tension and uncertainty.